An Interview with (Main Character) Chalise Boudreau
by BEHIND THE MASK Author, Linda Joyce

Former model Chalise Boudreau returns to Louisiana after ten years and faces an uncertain future. Watching her budget, she’s living with her mother and plans to open a luxury salon, but she fears the community sees her homecoming as a failing, and she knows any malicious gossip will jeopardize her success.

Once bad-boy, now entrepreneur Chaz Riboucheaux is home and trying to rebuild his old reputation. He believes one of his companies, the Magnolia May, a pirate ship, can make Ascension a tourist destination, but the mayor refuses to grant him a lease at the city’s dock.

Chalise and Chaz come face to face at a Twelfth Night party. Years ago, he stood her up and left her brokenhearted. Now her brain is at war with her heart, but her body has a mind of its own. As Chaz leads her across the dance floor, he knows when the music stops it won’t be the end of their waltz. He has questions only she can answer, and he won’t stop until he gets what he wants.

AN EXCERPT FROM BEHIND THE MASK
A hand grabbed hers and lifted the champagne glass away. A pirate pulled her to the dance floor. She started to protest, but nearby Doucetta, Mary, Pratt, and Gaurou, all old schoolmates, tapped their feet to the music and looked on, grins spread across their faces. If she spoke in protest, they would recognize her voice, so she allowed her captor the last dance. After all, who said no to a rakish pirate? Black knee-high boots, dark gray breeches, and a white shirt with billowing sleeves. An ostrich feather in his black hat waved as he moved. An eye patch hid one eye. In the dimness and the flashes of mirrored light, she couldn’t quite decide if they’d met before.
She draped her arms around his neck. As she reached her fingers to run through his thick hair, her captor twirled her way, and then pulled her close. The attention from the mystery man wasn’t without allure. He moved well. Oozed charm. Tingling sensations left her breathless.
Her hand was warmed by his. Each time her gaze lingered on his face, he twirled her away. It was as though he somehow sensed her intention to determine his identity.
Halfway through the song, he danced with her cheek to cheek. Broad shoulders. Well-developed muscled arms. Narrow waist. Strong thighs. They swayed together. All thoughts took flight as she found comfort in his arms. When the song neared its end, the pirate’s hand slipped from the small of her back to her butt. He gave a light squeeze. She sucked in a breath and stopped.
“How dare you,” she hissed.
The pirate’s hands moved up to her neck. He cupped her jaw, and then he brought his lips to hers. Though a thin veil separated skin-on-skin contact, the heat of his lips seared. The electric zip dazed her.
“I’ve waited years to do this, Princess,” the pirate whispered.
Her hands flew to her cheeks, and she touched her lips with her fingers. Fear struck. Would he reveal her identity? How did he know? 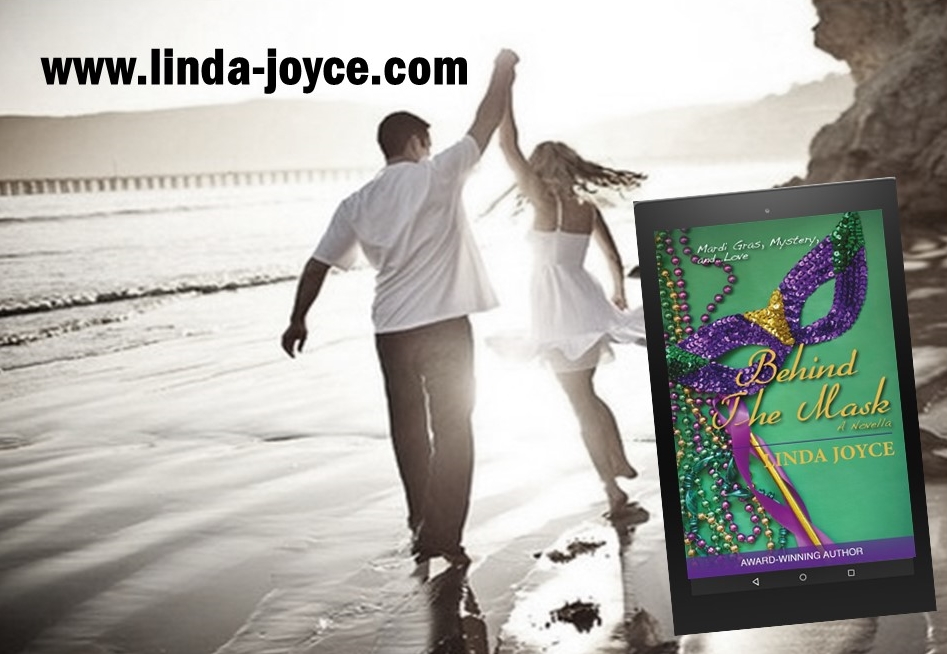 PURCHASE THE NOVELLA >>> BEHIND THE MASK <<< HERE

Linda Joyce is an award-winning contemporary romance author born on Christmas Eve. Her Louisiana family’s roots run deep, and they’re intertwined with her Japanese heritage. Her vagabond childhood afforded her a variety of travel opportunities. Now she lives in Atlanta, Georgia with her husband and their thr 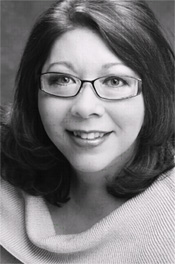 Linda penned her first manuscript while living in Japan as a U.S. Air Force dependent. Her
classmates lined up at recess to read her latest pages. During high school in Florida, a literary magazine published her poetry. In college, she worked on the school’s newspaper as a reporter and learned layout and design.

A graduate of the University of Florida, Linda holds a Bachelor of Science in Management. She worked in corporate America, earned the Senior Claims Law Associate professional designation, and completed Six Sigma Green Belt training.

Linda is a self-professed foodie and has the kitchen of her dreams. She enjoys painting when she can fit it in. She and her husband, Don, love college football. They frequently go RVing, and at last count, they’ve traveled to twenty-one states with “the boys.”