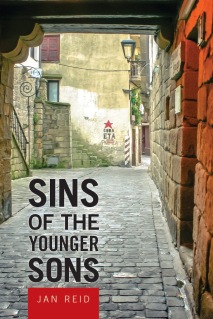 Sins of the Younger Sons has received the Jesse H. Jones Award for Fiction from the Texas Institute of Letters! Luke Burgoa is an ex-Marine on a solitary covert mission to infiltrate the Basque separatist organization ETA in Spain and help bring down its military commander, Peru Madariaga. Luke hails from a Basque ancestry that came with the Spanish empire to Cuba, Argentina, Mexico, and, seventy-five years ago, to a Texas ranch. Neighbors consider the Burgoas Mexican immigrants and exiles of that nation’s revolution, but the matriarch of the family speaks the ancient language Euskera and honors traditions of the old country. Luke’s orders are to sell guns to the ETA and lure Peru into a trap. Instead he falls in love with Peru’s estranged wife, Ysolina, who lives in Paris and pursues a doctorate about an Inquisition-driven witchcraft frenzy in her native land. From the day they cross the border into the Basque Pyrenees, their love affair on the run conveys the beauty, sensuality, exoticism, and violence of an ancient homeland cut in two by Spain and France. Their trajectory puts Luke, Ysolina, and Peru on a collision course with each other and the famed American architect Frank Gehry, whose construction of a Guggenheim art museum seeks to transform the Basque city of Bilbao, a decrepit industrial backwater haunted by the Spanish Civil War—and a hotbed of ETA extremism. Ranging from the Amazon rain forest to a deadly prison in Madrid, Sins of the Younger Sons is a love story exposed to dire risk at every turn.

PRAISE FOR SINS OF THE YOUNGER SONS:

“Reid’s story is a fascinating blend of page-turning thriller and vivid tableau of Basque culture and the movement that battled the Spanish establishment for many decades. A reader can’t ask for more—a book that’s engaging, entertaining, educative, and unique.”  —Thomas Zigal, author of Many Rivers to Cross and The White League

“What a fine book Jan Reid has written!  At once history—both cultural and political—and sensual love story, it reaches beyond genre to make for a magical and profound reading experience.  Don’t start reading it at night unless you want to stay up until dawn and then some.” —Beverly Lowry, author of Who Killed These Girls? and Harriet Tubman: Imagining a Life

“Page by page, Sins of the Younger Sons invites the reader to dwell for a while within its unique world, to suffer and celebrate with its unforgettable characters. It’s a trip that, if taken, is well worth the effort.” —Ed Conroy, San Antonio Express-News

“Sins of the Younger Sons vividly takes us into a world few of us have seen and into a bitter conflict most of us have never considered nor understood.” —Si Dunn, Dallas Morning News

What kinds of writing do you do?

The first decades of my career were defined largely by wide-ranging magazine non-fiction, most of it for Texas Monthly. I’ve now written or collaborated on twelve nonfiction books and three novels. First with The Improbable Rise of Redneck Rock, three of my nonfictions concern music and the lifestyle and craft of musicians. I’ve written much about football and boxing. I believe my best nonfiction books are Let the People In, a biography of Texas governor Ann Richards, and a memoir of friendship, love, personal crisis and challenge, and Mexico, The Bullet Meant for Me. I’m proudest of my novels Comanche Sundown, about their last war chief and a freed slave cowboy, and Sins of the Younger Sons, a love story and thriller set among the Basque separatist conflict in Spain.

What was the hardest part of writing Sins of the Younger Sons, and what did you most enjoy about it?

The hardest part was shelving a false start for twenty years. I loved the settings and the three major characters—a Basque separatist leader named Peru, his wife Ysolina, and Luke, a covert American intelligence agent who falls in love with her. But I didn’t have enough story to make the novel work, at least to my satisfaction. My greatest enjoyment on returning to the novel was a plot breakthrough that led me to fictionalize as supportive characters the celebrated American architect Frank Gehry and Spanish king Juan Carlos, who led his nation out of the darkness of their civil war and the long fascist dictatorship of Francisco Franco.

Which character from your book is most like you?

The protagonist Luke Burgoa.  He’s an ex-Marine, a onetime boxer, and a Texan. He knows the rain forest of the Amazon and its tributaries. He knows horses and mules. And he comes to love el País Vasco, the Spanish-ruled Basque Country and its showpiece coastal city, San Sebastián.

What projects are you working on now?

Both draw on my past experience and in different ways are sequels. A nearly completed novel, The Song Leader, is narrated by an Austin-based rock and roll singer who changes his name to Haid Pecos to hide from his past: an aggravated assault conviction in a Marine court martial and a year of brutal infantry combat in Vietnam. Haid’s marriage to a lawyer has its extreme highs and lows. In his youth he was a gospel song leader in a small church in his hometown Deerinwater (the setting and title of my first novel) and then a state Golden Gloves boxing champion.  First as a sparring partner in the Marines, Haid overcomes the obstacles of his origins and American racial barricades and forms a long friendship with the black heavyweight champion of the 1970s, Ken Norton—and through Norton’s perspective, Haid gains an entertaining sense of Kenny’s great rivals, Muhammad Ali and George Foreman. Beyond that, involving two characters in Sins of the Younger Sons, I plan to start a novel pitting the separatist rebellion in Catalonia against the Madrid government’s military-style assault on the Catalans and their great city Barcelona.  An infant and little girl in the earlier novel, the protagonist Enara is now a 22-year-old woman. Her father, the ex-spook Luke, is scared to death about what she’s getting herself into.

What book do you wish you had written?

All the Pretty Horses by Cormac McCarthy.

What is something funny about you that most people don’t know about you?

Even in my old age people still tell me I look like Jimmy Carter.  I consider it a compliment. When he was president I first heard it while traveling in Mexico. “Jeemy!” people would yell. “Jeemy Carter!” 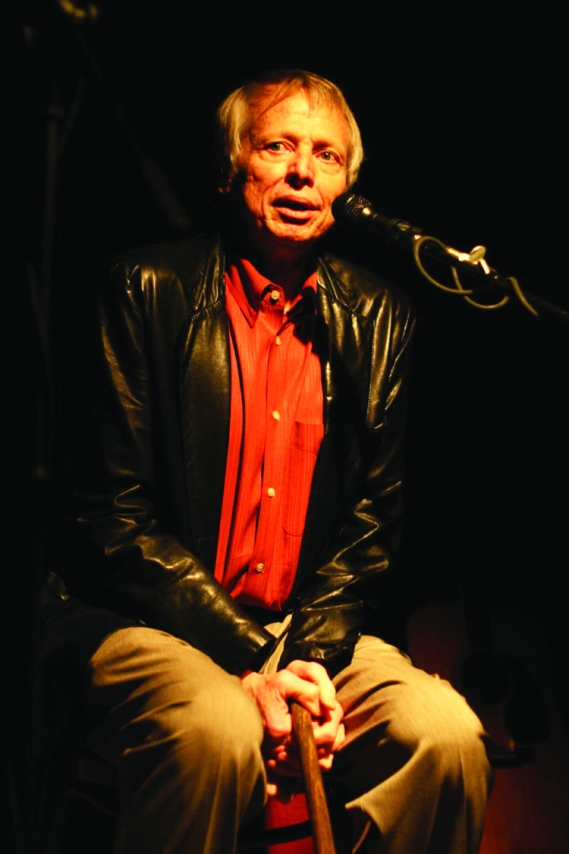 Jan Reid’s highly praised books include his novel Comanche Sundown, his biography of Texas governor Ann Richards, Let the People In, his memoir of Mexico, The Bullet Meant for Me, and The Improbable Rise of Redneck Rock. Making his home in Austin, Reid has been a leading contributor to Texas Monthly for over forty years.