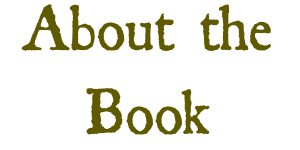 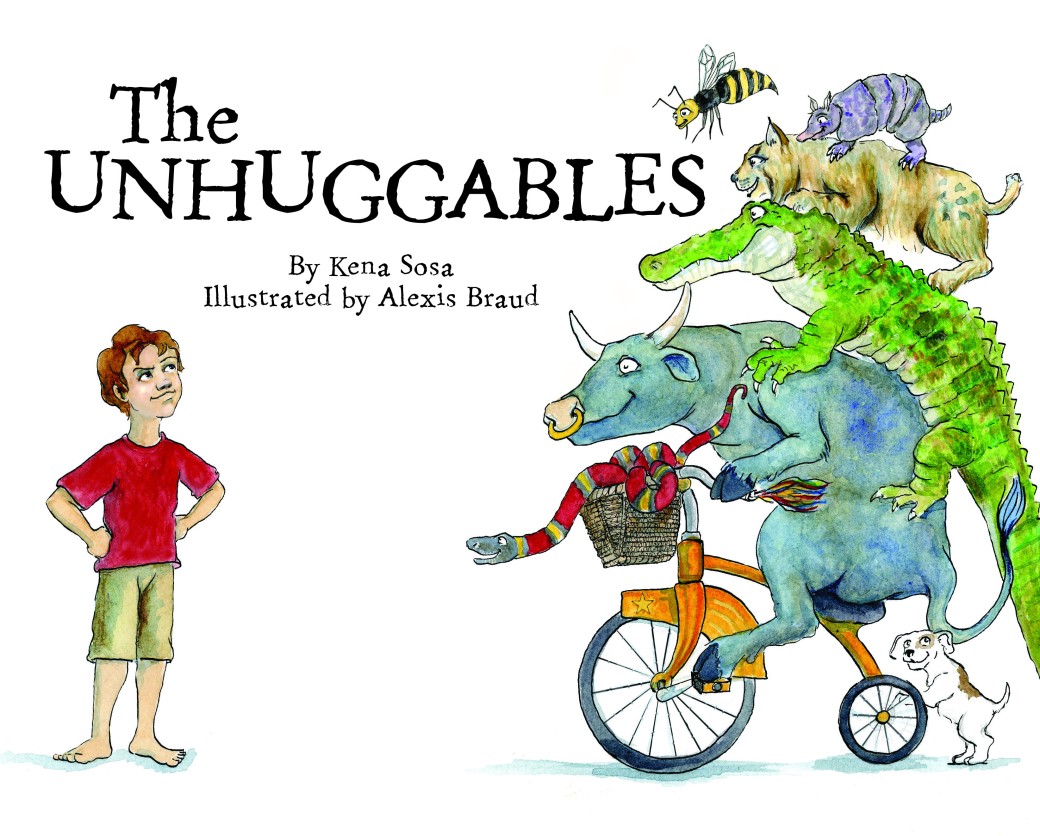 The Unhuggables
Written by Kena Sosa and Illustrated by Alexis Braud

Oliver is upset—very upset—and nothing his mother says makes him feel better. When she tries to give him a comforting hug, he rolls up into a tight ball like an armadillo and won’t let his mother near. She tries to coax him out of his huddle but then his claws come out. Oliver pretends to be one ferocious animal after another—none of them very good at giving hugs. But it is hard work saying no to a mother’s love. Through creativity, patience, and affection (as well as a healthy dose of humor), Oliver’s mother finds a way to get through his imaginative defenses and give him the best hug ever.

Author Kena Sosa captures the delicate dance between mother and child in this fun story about love and the power of hugs. The charming and humorous illustrations of Alexis Braud bring to life the imagination of a child and touchingly depict how hugs can soothe even the most savage beast. 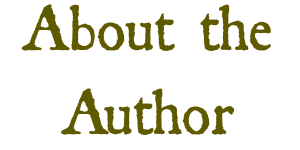 THE AUTHOR
School librarian by day and writer by night, Kena Sosa adores words. She also loves playing the drums. She earned her bachelor’s degree from Our Lady of the Lake University and her master’s degree in bilingual education from Southern Methodist University. Her first children’s book, Rey Antonio and Rey Feo, was born of the celebration of her childhood in San Antonio. Her second book, Kindertransport: A Child’s Journey, is about the escape of children on the Kindertransport train just before the outbreak of World War II. Kena Sosa has lived in Japan and Mexico, but sharing stories with her two sons and other eager readers has been her favorite adventure yet!

Find out more about her online here: 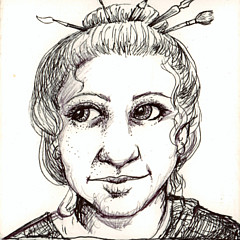 THE ILLUSTRATOR
Once upon a time, on a bayou far, far away from everything, a girl named Alexis grew up with books and drawing pads. She embarked on great adventures and traveled far and wide to learn all she could learn. She returned to draw the land she came from and tell the stories of her home. A Cajun native, rambler, and eccentric, Alexis Braud celebrates the stories, creatures, and people of Louisiana in her work. She is a proud graduate of Nicholls State University in Thibodaux and lives along Bayou Lafourche with her family. Lots of family.

Rio Grande Valley ABC, The Little Float That Could, USS Alabama: Hooray for the
Mighty A!, Ten Gators in the Bed, Bugs on the Rug, Gumbo Ya Ya, Strange True Stories of Louisiana, Fred the New Orleans Drummer Boy, and Simon of New Orleans. Fall 2017 titles include The Unhuggables, The Incomparable Magazine Street, Cajun ABC, A Tree in the Sea, Southern with a Gulf Coast Accent, Goodnight to da Parish and Three Little Shrimp.