Scroll down for the giveaway!

When Saudi Prince Omar bin Talal visits Houston to seek cancer treatment for his mother, an attempt on his life puts all agencies on high alert. FBI Special Agent Kord Davidson is the lead on the prince’s protective detail because of their long-standing friendship, but he’s surprised—and none too happy—when the CIA brings one of their operatives, Monica Alden, in on the task force after the assassination attempt.

Kord and Monica must quickly put aside interagency squabbles, however, when they learn the prince has additional motives for his visit—plans to promote stronger ties with the US and encourage economic growth and westernization in his own country. Plans that could easily incite a number of suspects both in the US and in countries hostile to Saudi Arabia. Worse yet, the would-be assassin always seems to be one step ahead of them, implicating someone close to the prince—or the investigation. But who would be willing to commit high treason, and can Kord and Monica stop them in time?

“Compelling characters and a riveting plot that fits seamlessly with current events make this novel impossible to put down. Readers can count on being glued to the pages late into the night – as “just one more chapter” turns into “can’t stop now.”” – RT Book Reviews

Mills takes the FBI Task Force to the next level in this third installment of the series.

In this fast-paced political suspense/thriller, FBI Special Agent Kord Davidson and CIA Operative Monical Alden must work together on a task force to protect a Saudi Prince while he is in the States.  The two must work together after an attempted assassination of the prince, in between two cultures where women are treated differently. As they work together to try to figure out who is trying to kill they put aside their personal grudges and develop an admiration for one another that leads to love.

Mills does a smashing job with keeping the reader engaged and turning the pages, keeping the best right for the end.  The cultural differences are treated respectfully and faith plays a huge role in the development of the main characters, as in all of her books.

I highly recommend this book, and the rest of the FBI Task Force series to readers who enjoy the suspense and clean romance. 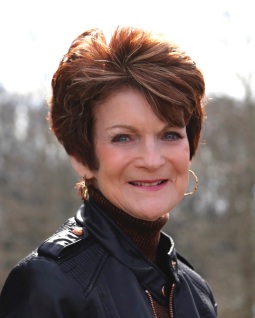 DiAnn Mills is a bestselling author who believes her readers should expect an adventure. She combines unforgettable characters with unpredictable plots to create action-packed, suspense-filled novels. Her titles have appeared on the CBA and ECPA bestseller lists; won two Christy Awards; and been finalists for the RITA, Daphne du Maurier, Inspirational Reader’s Choice, and Carol Award contests. Library Journal presented her with a Best Books 2014: Genre Fiction award in the Christian fiction category for Firewall.

DiAnn is a founding board member of the American Christian Fiction Writers and a member of Advanced Writers and Speakers Association, International Thriller Writers, and the Faith, Hope, and Love chapter of Romance Writers of America. She and her husband live in sunny Houston, Texas. DiAnn is very active online and would love to connect with readers on any of the social media platforms listed.

^^Enter at the link above^^

One thought on “Review: HIGH TREASON by DiAnn Mills {giveaway}”